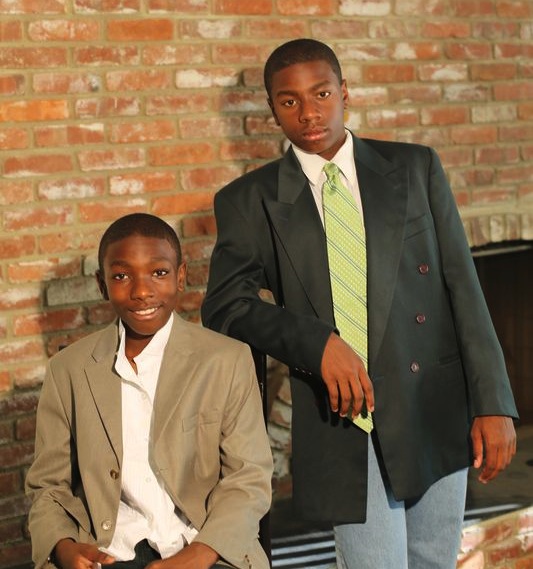 Teen entrepreneurs (and twin brothers, 15 years old), Carson and Carrington Bennett, created the festival to give young entrepreneurs an opportunity to hone their skills as aspiring businessmen and women with the goal to run the festival entirely by teens.

LIGHTS! CAMERA! ACTION! The 1st Annual C&C Teen Hollywood Film Festival will bestow upon its teen participants a plethora of awards for outstanding achievement in filmmaking. Recognized will be short films; drama, comedy sketches, documentaries and music videos, all the creative works of youth ages 13-19. The festival will honor films of the past to a theme “Classic Meets New Skool Hollywood ‘Celebrating Diversity’” and is set to take place on November 15, 2014 at Le Studios in Culver City, red carpet starting at 7 p.m. The event will be hosted by music artist/actress Heart Hays. The following celebrities are expected to be in attendance:

Teen entrepreneurs (and twin brothers, 15 years old), Carson and Carrington Bennett, created the festival to give young entrepreneurs an opportunity to hone their skills as aspiring businessmen and women with the goal to run the festival entirely by teens. The Bennett brothers spearheaded the “Your Voice Your Choice” Street Campaign at the Las Vegas Life Is Beautiful Festival. The “Your Voice Your Choice” Campaign, in partnership with World Trust Foundation and GWEN, will feature select short films from the C&C Teen Hollywood Film Festival at the Stand By Me – Youth Leadership Summit in February 2015. The Youth Summit is sponsored by Toyota.

TICKETS:
Access to all film screenings are included with festival passes; $10 for adults and $5 for children. A portion of the proceeds will be donated to the We Win Foundation – Co-Visionary Tichina Arnold.
All tickets can be purchased at the C&C Teen Hollywood Film Festival Official Website.

ABOUT CARSON BENNETT. Carson discovered his love for the camera through photography. He has had the opportunity to photograph red-carpet events, run lighting boards for stage productions, shoot B-roll for music videos, and serve as a videographer and cameraman on several independent projects. Most recently, Carson produced the short film, The Museum Of Unnatural Gaming, a PSA for the non-profit organization, They Can’t Talk But We Can, featuring Retha Grey from Betty White’s Off Your Rockers, on the production crew for the TV pilot Club Santino, and camera operator on the PSA for World Trust. Carson ran track for several years and was selected to run for the All Valley-All Stars.

ABOUT CARRINGTON BENNETT. Carrington has enjoyed both sides of the camera. As an actor, he appeared in commercials for Burger King, V-8, a Fox television pilot, guest starring roles, and had a featured role in the movie, Horrible Bosses (where he portrayed the younger version of Jamie Foxx’s character). Behind the camera, he was on the production crew of the TV pilot “Club Santino, two PSA’s, and recently wrote and was co-director for the short film, The Museum Of Unnatural Gaming. Self-taught with software programs Final Cut Pro, Adobe Premiere and Adobe Photoshop, Carrington handles editing and was just commissioned to create a logo for an top Hollywood production company. When not acting or editing, Carrington plays basketball, and was part of The Chatsworth Chief’s All-Star Championship team.