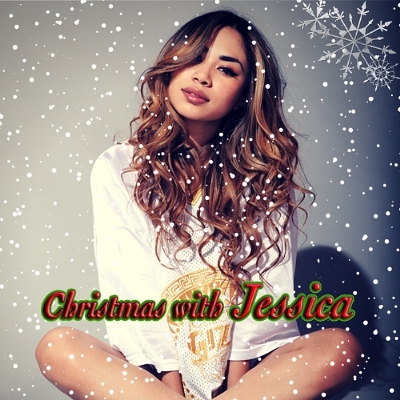 LOS ANGELES, Dec. 9, 2015 /PRNewswire/ — Powerhouse singer Jessica Sanchez gets into the holiday spirit with the release of her first ever Christmas EP, Christmas with Jessica, available for download today! Millions have been anticipating new music from the pop darling so this is the perfect seasonal gift for her loving fans.

The former American Idol had been hinting to her followers about the EP since last week tweeting “Christmas EP & merch coming soon my loves, I seriously cannot wait for y’all to see it ”

The six song EP kicks off with, Santa Baby, one of Jessica’s personal favorites followed by the festive sounds of tracks like Jingle Bells and Joy to the World, while showcasing Jessica’s powerful vocals on beautiful songs like Silent Night, and Ave Maria. Produced by James Daniels and Executive Produced by LA Mic Studios & Wise owl Media Group, the EP brings together some of the most beloved holiday songs, all families can enjoy.

With a new merchandise store about to launch, performances in Hawaii and the Philippines this month, plus more new music coming in 2016, this is only a treat to Jessica’s fans of what’s to come in the New Year.

About Jessica Sanchez
As one of the final two contestants on season 11 of American Idol, Jessica Sanchez rose to stardom by belting out soaring ballads by the likes of Aretha Franklin and Whitney Houston. In 2013 she released her debut album “Me, You, and the Music” and went #8 on the Billboard Pop Charts. Her international success has lead her to countries all over Asia headlining in front of thousands fans. This year the California native brought on a new management team, Mayhem Management Group, and released her latest single “This Love”, which has more than 1 million views on YouTube. In December 2015 she released her first ever Christmas EP, “Christmas with Jessica”. Ready for her new journey the 20 year-old songstress has elevated her vocal artistry to a new level as she gears up to go back into the studio for her second studio album.