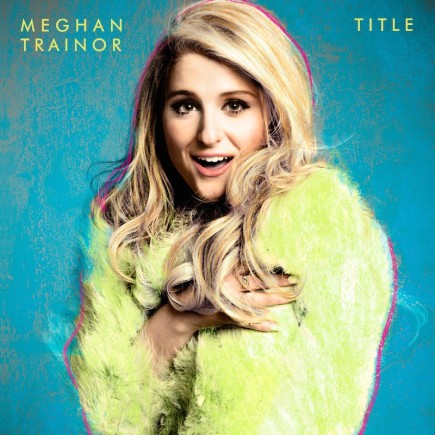 TITLE CERTIFIED PLATINUM BY THE RIAA

GUESTING ON THE LATE LATE SHOW WITH JAMES CORDEN TONIGHT

This most recent honor continues the Grammy Award®-nominated multi-platinum global superstar’s unstoppable hot streak. Tonight, she will appear on the couch as a guest at The Late Late Show With James Corden to discuss her big plans for 2016 and more. Make sure to tune in to CBS at 12:30-1:30 AM ET/PT!

The new year is off to an incredible start for Trainor. She’s nominated in the category of “Best New Artist” at the 2016 Grammy Awards—February 15 in Los Angeles. Meanwhile, Title was the seventh and final album released in 2015 to earn a platinum certification.

The critically acclaimed offering boasts a powerhouse tracklisting of smashes. The record-breaking “All About That Bass” (ten-times platinum), “Lips Are Movin” (quadruple-platinum), and “Like I’m Gonna Lose You” [featuring John Legend] (platinum) each hit the Top 10 of the Billboard Hot 100, while “Dear Future Husband” (double-platinum) went Top 15.

The latest single, “Like I’m Gonna Lose You,” holds strong at #5 on Top 40 radio and #2 at Hot AC, consistently climbing.

Right now, Trainor is in the studio finishing up her anxiously awaited sophomore album due for release this spring. With audiences worldwide clamoring for more music from her, it’s bound to be one of the year’s biggest pop events.

2015 saw Meghan Trainor soar to superstardom. A bona fide cultural phenomenon “All About That Bass” spent eight weeks at number one on the Billboard Hot 100, making it the “longest-running Hot 100 #1 by an Epic Records artist” and “longest-running Got 100 #1 by a female artist in 2014.” Its influence continues, scoring “Top Hot 100 Song” and “Top Digital Song” at the 2015 Billboard Music Awards as well as the 2015 ASCAP Pop Music Award for “Most Performed Song.” In addition, she received three American Music Awards nominations and three Teen Choice Awards nominations. An explosive performer, her headlining MTrain Tour packed venues across the U.S. during the summer. Everything laid the foundation for a massive 2016.