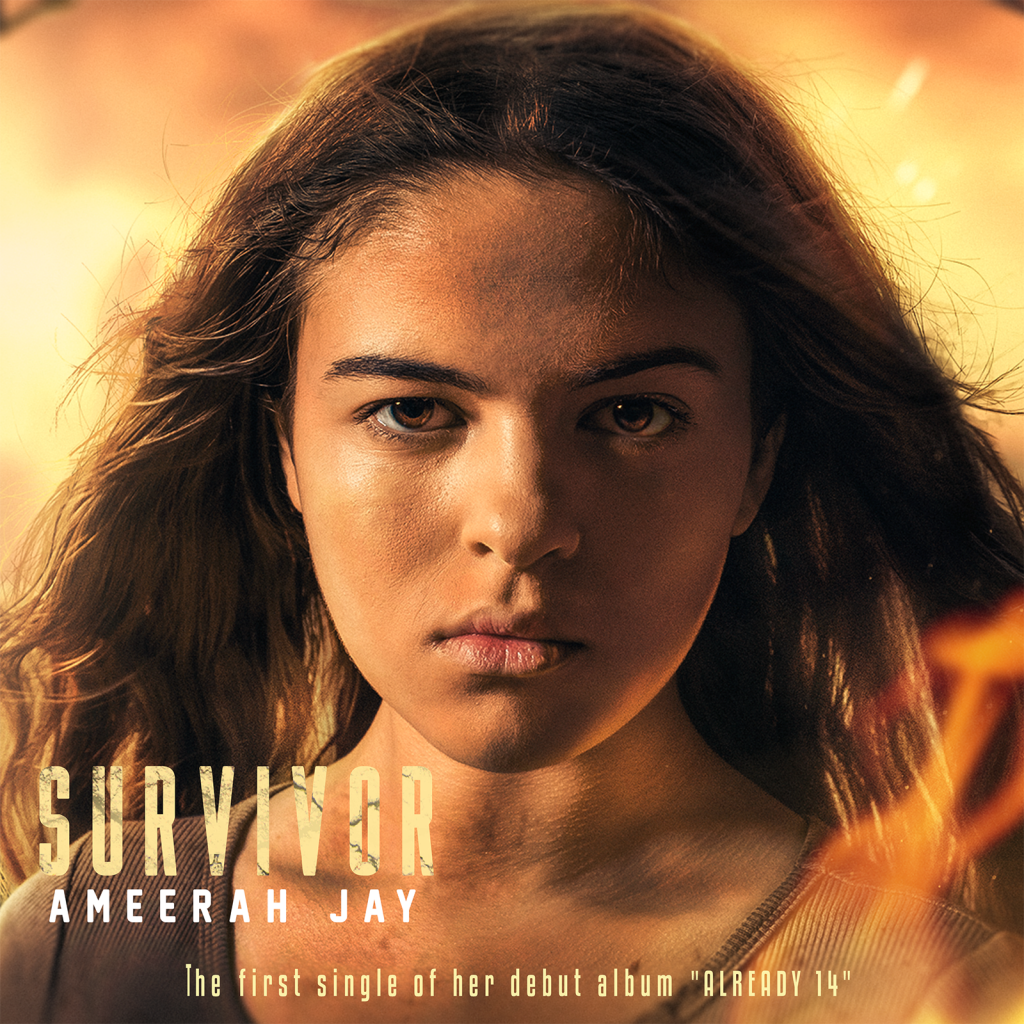 Her impressing charismatic performance and the magnificent authentic landscapes make this picture epic.

Daughter of the famous artist Elam Jay, Ameerah had the opportunity at a very early age to act as an extra in some of her dad’s videos, experiencing in this way, professional cameras, big crews and the pressure of major productions. While she was having lots of fun she also grew into today’s disciplined, professional and hard working artist.

She started singing when she was 5 but her love for the stage happened when she performed for the first time at the age of 10, and finished her representation with the whole crowd, giving her a standing ovation.

Compared with Adele, Amy Winehouse or Sia, yet such a distinct incomparable voice, AMEERAH JAY comes out with a very original album, that once you listen to it, you know that she might inspire the world forever.

The first common exclamatory reaction to her music, is “What?! No way this girl is just 14!!” The mind-blowing power of her voice, complemented so well by her emotions and the soul she exhibits through each single word, might touch you to tears.

Still, when you meet her, she will surprise you with her humble attitude and down-to-earth mindset.

The Miami-based independent music label was founded by Elam Jay in 2018 to support and grow new artists. JAYVIBE RECORDS takes great pride in its approach to the development of its talents, guiding artists through the difficult process to reach their goals in the music industry.